Just before the end of the year a fascinating paper appeared in the journal Sustainability authored by a multi-author team led by Martha Chaves who just completed het PhD in Wageningen last month.

Abstract: In line with the increasing calls for more transformative and transgressive learning in the context of sustainability studies, this article explores how encounters between different ontologies can lead to socio-ecological sustainability. With the dominant one-world universe increasingly being questioned by those who advocate the existence of many worlds—a so-called pluriverse—there lays the possibility of not only imagining other human–nature realities, but also engaging with them in practice. Moving towards an understanding of what happens when a multiplicity of worlds encounter one another, however, entails a sensitivity to the negotiations between often competing ontologies—or ontological politics. Based on an ethnographic methodology and narrative methods, data were collected from two consecutive intercultural gatherings called El Llamado de la Montaña (The Call of the Mountain), which take place for five days every year in different parts of Colombia. By actively participating in these gatherings of multiplicity, which address complex socio-ecological challenges such as food sovereignty and defence of territory, results show how encounters between different ontologies can result in transformative and potentially transgressive learning in terms of disrupting stubborn routines, norms and hegemonic powers which tend to accelerate un-sustainability. Although we argue that a fundamental part of the wicked sustainability puzzle lies in supporting more relational ontologies, we note that such learning environments also lead to conflicts through inflexibility and (ab)use of power which must be addressed if sustained socio-ecological learning is to take place. Keywords: ontological politics; transformative learning; transgressive learning; sustainability; Colombia; narrative methods.

Here’s the cover of Martha Chaves’ PhD-thesis which can be downloaded from the Wageningen University Library system.

On December 17th, one year ago, the warmest December 17th on record on The Netherlands, I gave my a second inaugural address at Wageningen University titled: Beyond unreasonable doubt –  education and learning for socio-ecological sustainability in the anthropocene  (link to the text) the address took place exactly 6 months after Donald Trump announced his candidacy for President of the USA. At that time nobody really thought he had any chance but that was then. Now that we have entered a new phase of potential depression, hopelessness, psychic numbing, withdrawal, giving up, loss of energy, it seems like the challenge of moving towards a more sustainable world has become greater than ever before which is why I am re-posting the video that Wageningen University made back then about the role of education in creating more critical, mindful, empathic and responsible citizens willing and able to turn the tide and making living lightly and equitably on the Earth the default rather than the exception.

Here is the link to the 2,5 minute video that may be more accessible than the booklet (I hope it spreads as rapidly as some of the non-sense that spreads with lightening speed these days):

Link to the video 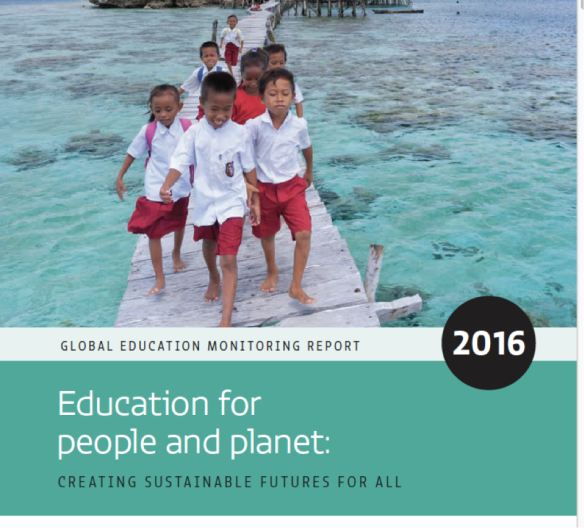